I just received my copy of the Journal of the American Medical Informatics Association. In it, I found an article that is very revealing with regard to communication: Actionable reminders did not improve performance over passive reminders for overdue tests in the primary care setting (abstract). In the article, El-Kareh et al. investigated the impact of altering a passive reminder to be a passive reminder that facilitated direct ordering of recommended tests. The reminders created highly sensitive and specific actionable knowledge from the clinic's electronic health records. The new "enhanced" reminders had absolutely no affect on the screening rates of bone density exams, HgA1C, and LDL monitoring; in fact, they may have decreased the rate of screening mammograms.

From a health IT standpoint, this outcome makes no sense whatsoever. The software provided streamlined functionality to place orders and reminders were based on reliable knowledge. However, a psychology major would have predicted these results. So, why didn't the enhanced alerts work?

They did not work because they did not effect the physician's intention to perform the preventative services. But in order to understand this, you must first understand the theory of planned behavior.

The theory of planned behavior, like most psychological theories, is fairly complex. I like how Wikipedia explains it here, if you are interested, but basically, what it comes down to is this: when a person has the option of whether or not to do an action, their choice to act or not act is dependent upon their intention to act. 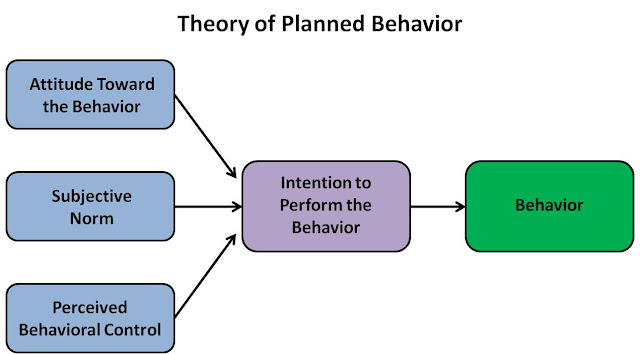 The "enhanced" reminder studied by El-Kareh et al. did not alter any of the three components needed to increase intention. Both the basic reminder and the enhanced reminder were passive meaning the physician's perception of how colleagues felt about him/her completing preventative screening would not have changed. Streamlining the ability to place orders would not effect the physician's attitude towards providing screening to his patients. It is possible that the perceived ability to complete screening would have been increased due to increased ease of placing orders; however, the authors report that 79% of the physicians almost never used the system or were unaware of the functionality, despite receiving training on the new reminders. Thus, it is not surprising that the enhanced reminders did not result in improved care.

When you are sharing actionable knowledge with the intention of effecting behavior, you will be most effective when you keep the three tenets of intention in mind. For instance, in our VTE project, we purposely addressed each of these tenets in our interventions. We instituted a major, mandatory education program to change the attitude of providers. We used forcing functions and pop-up alerts to change the perception of VTE prophylaxis and reinforce the perceived importance of stratifying and prophylaxing patients. We embedded guidelines for risk stratification in the risk assessment tool and allowed order entry with a single click from the pop-up alerts to impact beliefs about the ability to complete the behavior.

Using the theory of planned behavior to optimize communication will only be effective if the health information system is designed to be functional for the provider. However, as El-Karah et al. demonstrated, improved functionality without improved communication is often ineffective.
Posted by John Showalter MD at 10:15 AM